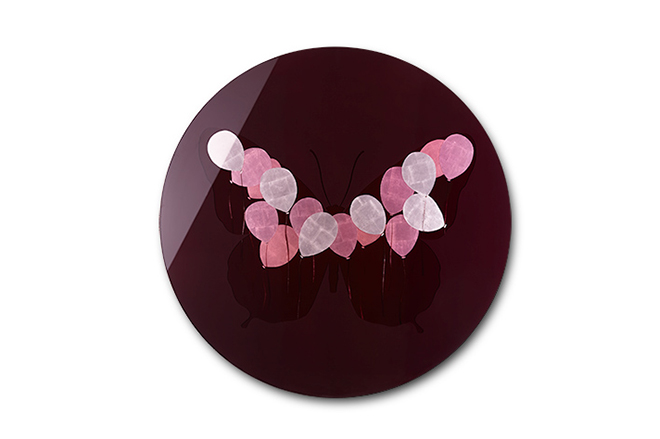 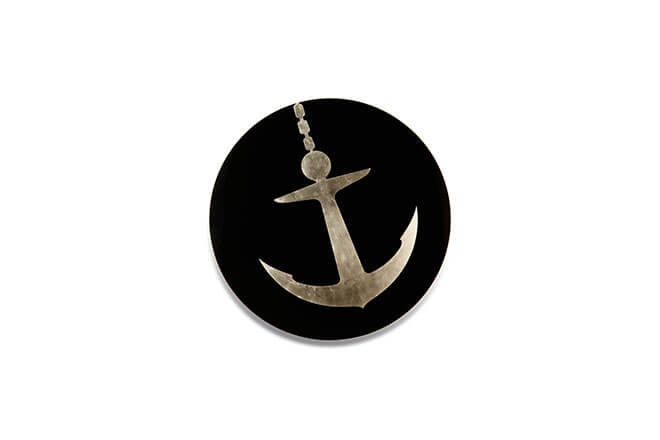 EXPRESS VOYAGE TO A SLOW PLACE 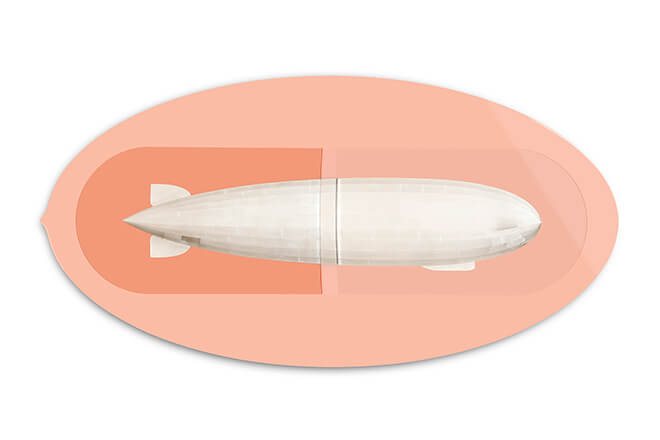 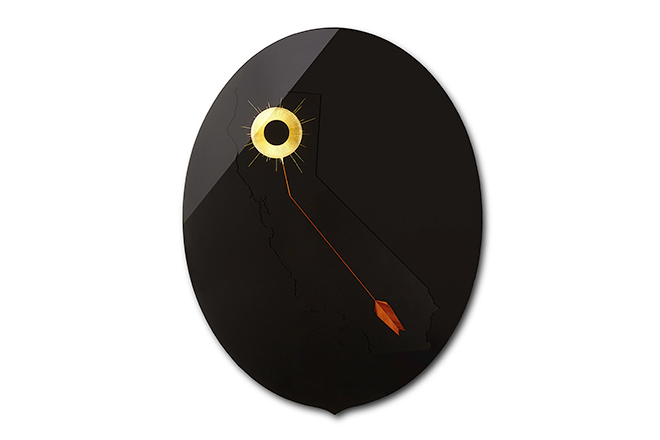 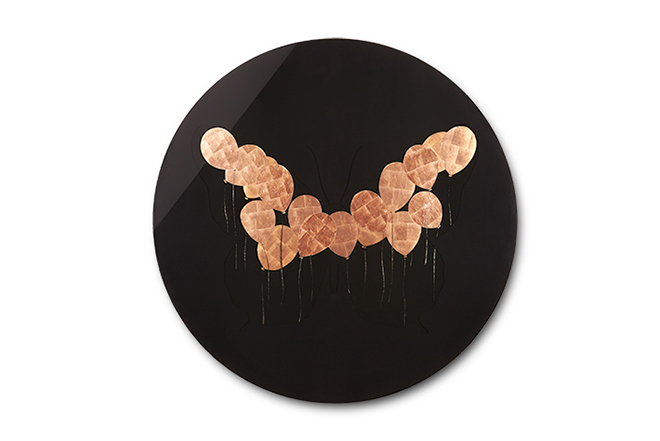 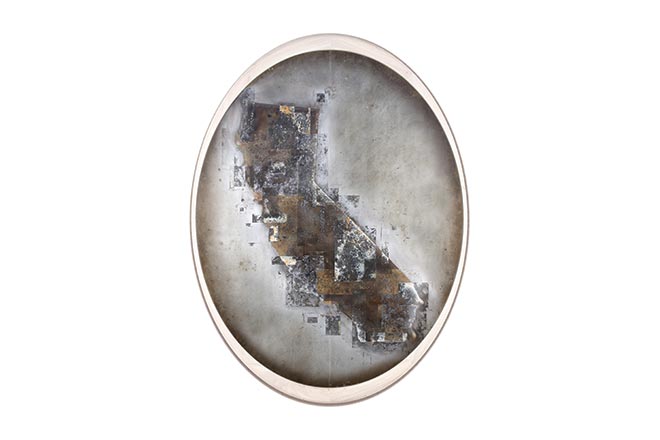 Using his background training in furniture making as a vehicle for inspiration, Roeper insists on the expressive potential of blending unexpected materials such as gold leaf, ultra gloss epoxy resin and laser-cut wood. Meticulously crafted, and with an uncompromising emphasis on crisp lines and three-dimensionality, Roeper’s epoxy resin paintings and wood art paintings are poised to “flirt with art, craft and design alike”.

Florian Roeper’s new series High as a Kite is a selection of mixed-media paintings reflecting on the nature and pursuit of dreams, and the inherent challenges in achieving them. The works consist of appealing and novel imagery, butterflies, balloons and halos, grounded or contorted by reality. Pared down compositionally, the pieces make use of explicit graphics as visual punchline: an arrow, shot at a golden California sun with a stark black bullseye, must kink itself to make its mark in Errochite, and an enormous Zeppelin airship is rendered in capsule form more fitting of the behemoth vessel’s actual speed and carrying capacity in Express Voyage to a Slow Place.